I want to draw your attention to a matter that has recently culminated in widespread public outcry in the Niagara Region.

Following media reports of alleged corruption among senior staff and elected officials at the Niagara Region, I joined others in calling for an independent investigation by the Ontario Ombudsman into the hiring and contract extension of the now-former Niagara Region Chief Administrative Officer, Carmen D’Angelo. The results of that report were released on Friday, November 29 2019 and are nothing short of shocking.

Mr. Paul Dubé’s report (enclosed) titled Inside Job, found that the hiring of Carmen D’Angelo was orchestrated from the office of former Regional Chair Alan Caslin and involved other politicians and bureaucratic staff.

The Ombudsman’s report detailed not just sordid actions of one individual, but rather what appears to be widespread corruption within our regional government. This is nothing short of a direct threat to our democratic institutions, and the trust the public places in them. I have had numerous constituents, councillors and members of the public come forward with concerns that those who benefited from the exploitation of our regional government have not faced adequate consequences for their actions, and who feel the public’s trust has been breached. I cannot overstate the level of concern I have over the actions detailed in the Ombudsman’s investigation.

I am urging the OPP to review the report in detail and to open an investigation. I hope the OPP can ensure that those who engage in wrongdoing and exploit our democratic institutions for their own personal gain can and will be held accountable. 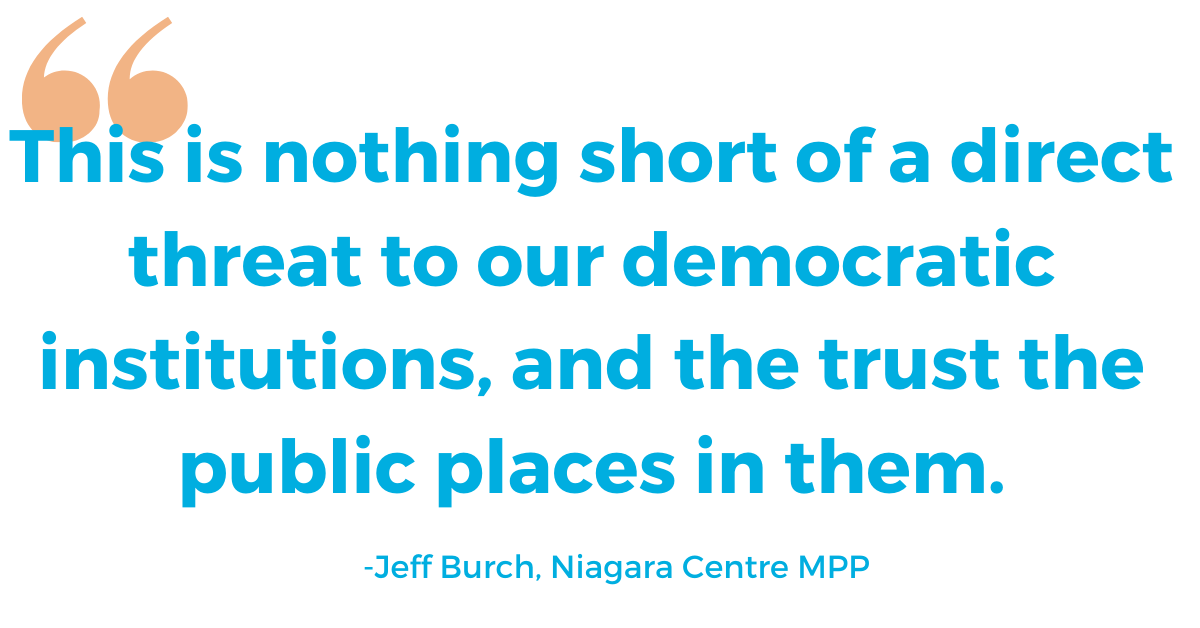