The riding of Niagara Centre has a population of 109,070 and consists of:

(a) the cities of Port Colborne, Thorold and Welland; and 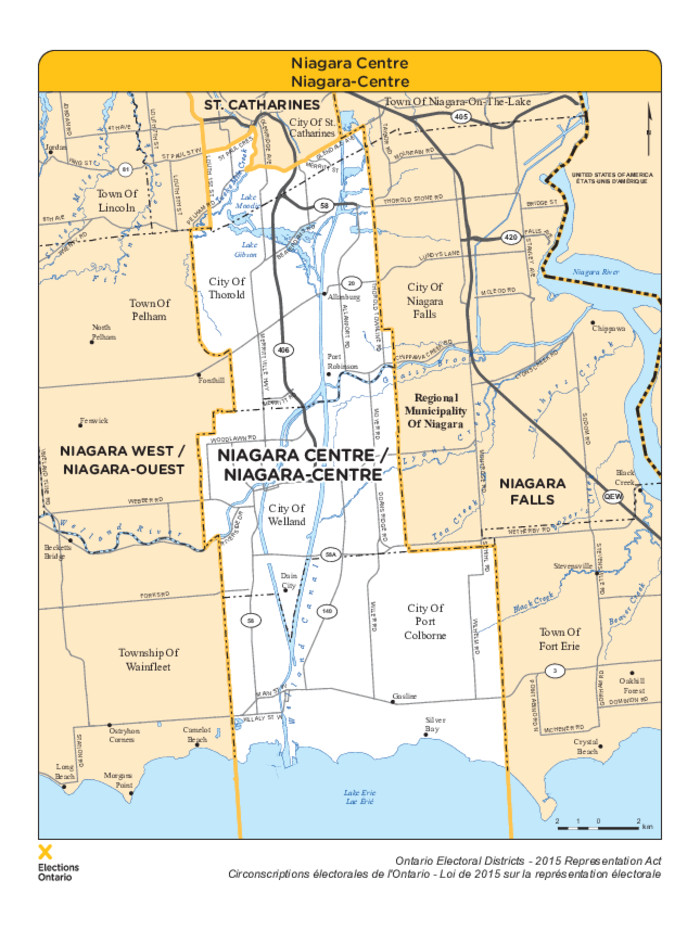